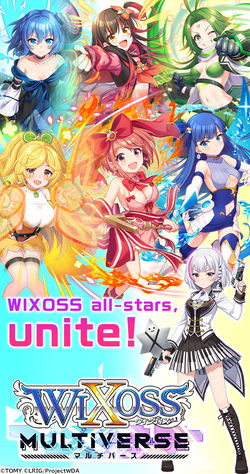 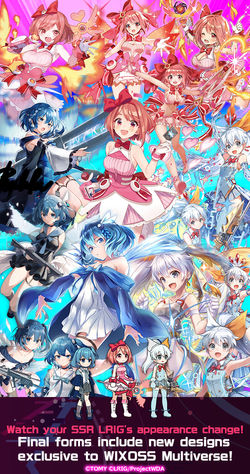 ■Team up with 5 allies and battle in simple turn-based combat! WIXOSS Multiverse is an RPG game based on the popular trading card game, "WIXOSS", and can be played easily on any web browser. The game features fully-automatic turn-based battles, in which your character "Alto" (voiced by Erisa Kuon) and 5 allies of your choice engage in fast-paced combat. Aim for the top and conquer "Labyrinth", the mysterious new area of the virtual space "WIXOSS Land". ■Upon "Awakening", your SSR LRIG will grow and her appearance will change! There are a total of 5 unique designs to discover for each SSR LRIG, with a final form exclusive to WIXOSS Multiverse! ■WIXOSS all-stars unite! Play as characters from every series! A total of more than 60 LRIGs and SIGNIs from the TCG and anime appear as playable characters. Combine them in ways never before possible, and create your own dream team!